There is a lot of great information on the internet about coffee enemas, and about all the benefits that you may receive.  There is also a lot of misinformation that could cause people to have bad reactions and avoid future coffee enemas all together.

In my case, I have a VERY sensitive Central Nervous System (CNS)..  Here you can read about what 20 years of benzodiazipines (Valium, Xanax, Lorazepam, etc..) can do to your brain and nervous system.  I came to the point where I couldn’t even drink a half cup of tea without my CNS flying out of control.  Anxiety would go through the roof, and chronic fatigue ruled my life.  So, you can imagine what I thought about taking a coffee enema… Literally injecting caffeine up the butt seemed like a suicidal idea in my case!  However, there are reasons why I couldn’t let go of giving a coffee enema a try.

You may also enjoy :

Disclosure – I am not a medical professional so please consult a doctor if you have any health concerns.  I am only speaking for my own personal experience and any information is not intended to treat or cure any disease.

Drinking Coffee Will Give You the Jitters, Doing A Coffee Enema Likely Will Not

I have always been open to alternative medicine, but my aversion to caffeine always steered me away.  Like I had mentioned before, any amount of caffeine would rev up my central nervous system.  In fact, it would make my heart race until the point where I became scared.  So, taking the leap to do a coffee enema was terrifying.

Here is a quick back-story to catch everyone up to date on my journey to coffee enemas.  My father was diagnosed with colon cancer.  In the beginning, the doctor thought that he could undergo surgery to remove part of the colon.  Upon further testing, my dad found out that the cancer had spread to his stomach as well as his liver.  The doctor said that surgery was not an option, and he suggested aggressive chemotherapy, with no other options.

Knowing my father, chemo was out of the question.  He has said for years that if he ever got cancer, he would not undergo chemo. This didn’t mean that he didn’t have a plan to beat this killer disease, he just had an alternative method in mind.  His wife was always into natural cures, to the point where I always thought that she was a little “out there.”  I always felt that nutrition could help a lot of things, but she took things a step beyond.  Think healing crystals, grounding to the earth, EMF necklaces, Qigong yoga, etc…

My father told me that he was going to do a method called “Gerson Therapy”.  The gist of the therapy includes 13 carrot and apple juices all throughout the day.

There are some additional supplements like potassium salts, pancreatic enzymes, and CoQ10.  In addition to the juicing and the supplements, you also have to do 5 coffee enemas a day.

Yes, I was a total skeptic about the whole therapy.  Upon research, I found so much conflicting information I didn’t know what to think.  So, all I could do is support my dad and cross my fingers.

I went to see my dad, and was floored at how well he looked.  Previously, I had a cousin who died just months earlier from liver cancer and let me tell you that the cancer took him quick and it wasn’t a graceful way to go..  It was only a matter of months before the cancer took his life.

What I noticed about my dad was his vitality that he had after treating himself on the Gerson Therapy.. He is 70 years old and 3 months after being diagnosed with liver, stomach and colon cancer he actually looked great!

During my visit went out to dinner and I looked into my father’s eyes.. They were white as a cueball…  I mean, they were abnormally white.. Or maybe they were the type of white that everyone’s eyes SHOULD be..

My dad had been doing coffee enemas for about 2 months at this point..  I began questioning him about the enemas and was rather shocked at how the process works..

How Coffee Enema’s Work to Detox Your Liver

Just to put the process in laymen’s terms… The caffeine is absorbed into the hemorrhoidal vein and it goes straight to liver.  Your liver sheds it’s stored up liver bile and generates a huge amount of Glutathione S-transferase.  This is an enzyme produced by the liver, has been shown to increase by 600-700% after just one coffee enema!

Glutathione is only produced in the body, and is the most potent antioxidant that there is.  Furthermore, your liver ducts become dialated to where they can release loads of stored up toxins. Your entire body’s blood supply is circulated through the liver every three minutes!  Ya, I know.. Amazing right?   So, when you do a coffee enema and your able to hold it in for 15 minutes your entire blood gets filtered through your liver 5 times.  So, with the glutathione S-transferase boost and your dialated liver ducts you are able to release an enormous amount of toxins. This all sounded too good to be true.

But, I’m so Sensitive to Caffeine – I will Never Be Able to Do This…..

After hearing him out, it didn’t seem that bad.. However, I had the one road block that I couldn’t get past.. The CAFFEINE!  My super-sensitivity to caffeine would make it impossible for me to even try such a thing.
My dad said that he takes 5 coffee enemas a day, and even one right before bed.. He now sleeps better than he ever did before!  How could this be?  He said that he doesn’t think that coffee taken through an enema was absorbed into the bloodstream.  Dad said that he never felt jittery like a cup of coffee would make him feel.

Ok, now I’m intrigued.. I decided that I was going to do some research and see if I could gain some benefit from these coffee enemas!  You have to understand that my youth was filled with a lot of “FUN”, and by that I mean that I partied a lot.. I put my liver through a lot of turmoil I’m sure.  My liver was under so much strain from living many years a little too fast, loose and wild.

Do Coffee Enemas Cause Jitters to Those Who Are Sensitive to Caffeine?

Ok, at the time of this posting I will have to say NO! Yay!!  However, I may have to update this considering that I started off very slow.  I did two coffee enemas today.  The first was with 32 ounces of distilled water and 1 teaspoon of organic coffee.  The second “serving” contained 1 tablespoon of coffee.  So, this is still far less than the 2-3 tablespoons that most coffee enemas call for.

This is really great news for those who are uber-sensitive to caffeine like I am!  I felt energized like I drank a cup of coffee, but without any jitters!  It was a weird sensation, because It’s been so long since I have ever really felt AWAKE!  My energy right now is through the roof, compared to what I’m used to feeling.. Maybe, I’m now just feeling how I am SUPPOSED to feel.  I just have to say that I love the feeling.  I actually feel like going for a walk, a run, cleaning the house, or just something productive!  Feeling fatigued, lethargic, and sickly is what I had become accustomed to!

>> Update : I kept increasing my caffeine dosage slowly until I got to 2 tablespoons of coffee.. At 1 1/2 tablespoons I experiences caffeine jitters and all the anxiety that I felt with that.. So, go slow while finding your tolerance point.. I had a miserable time falling asleep and dealing with anxiety when I did the enema at 1 1/2 tbsp.. For me, it will be no higher than 1 tablespoon.  Each of us is different, so take your time at finding the best dosage for you.

Note : After doing one (and especially if you do more than one coffee enema) you need to replenish your electrolytes.  Some ways in which you can do that is to juice 3 eight ounce glasses of fruits and veggies.  Additional ways you can restore lost minerals is to drink bone broth.  Furthermore, you can also add a pinch of sea salt or pink Himalayan salt to a glass of filtered water.  When you read online about dangers associated with coffee enemas, it nearly always has to do with electrolyte depletion (especially potassium)..

Ok, so there you have it… From someone with over 20 years of anxiety issues, two coffee enemas in 3 hours didn’t send me to the emergency room!  In fact, it’s the best I’ve felt in a long time.  I wish I had a “Before Enema” picture to show you but the whites of my eyes were noticeably much more dull before the enemas than afterwards.

Up next, I will talk about the whole process of doing the enema.  If it’s your first enema, there is a learning curve for sure..  It will be awkward as you try to figure out the best methods work for you to make the process go smoothly. I actually came out of it without making too much of a mess, but on the other hand it didn’t go as smoothly as I’m sure it will with more experience.  Stay tuned!  🙂

Please Like “Healthy Body Hacks” on FB to follow my journey on rejuvenating my health and restoring my zest for life.. It sure is hard to feel good about life, when you feel sick all the time!

You may have missed 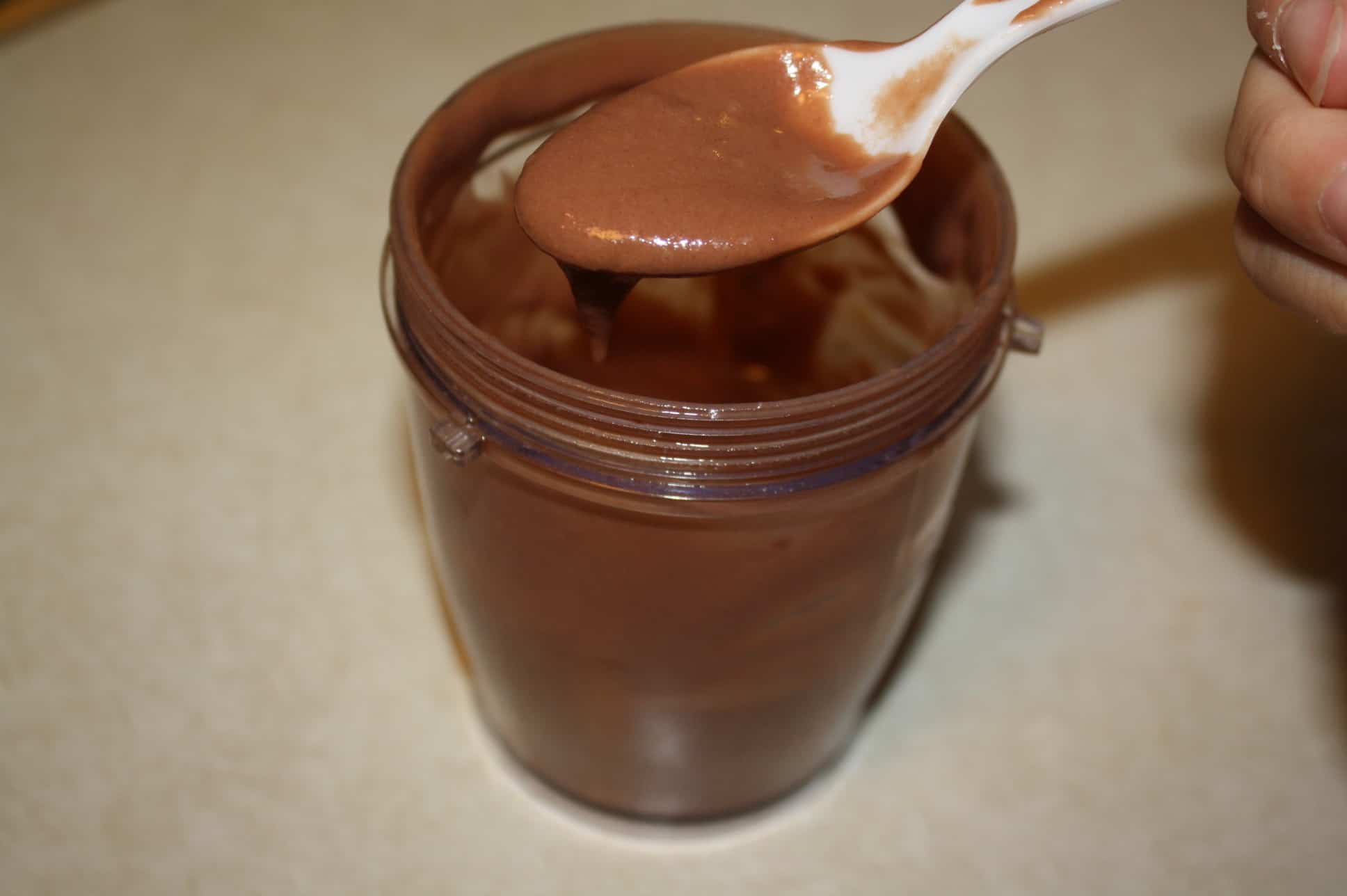 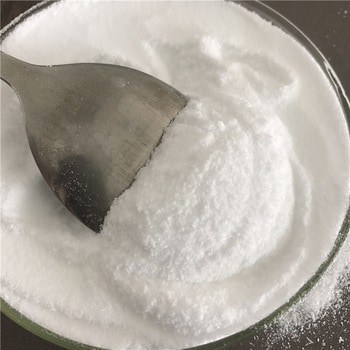